All Of The Dragon Ball Movies 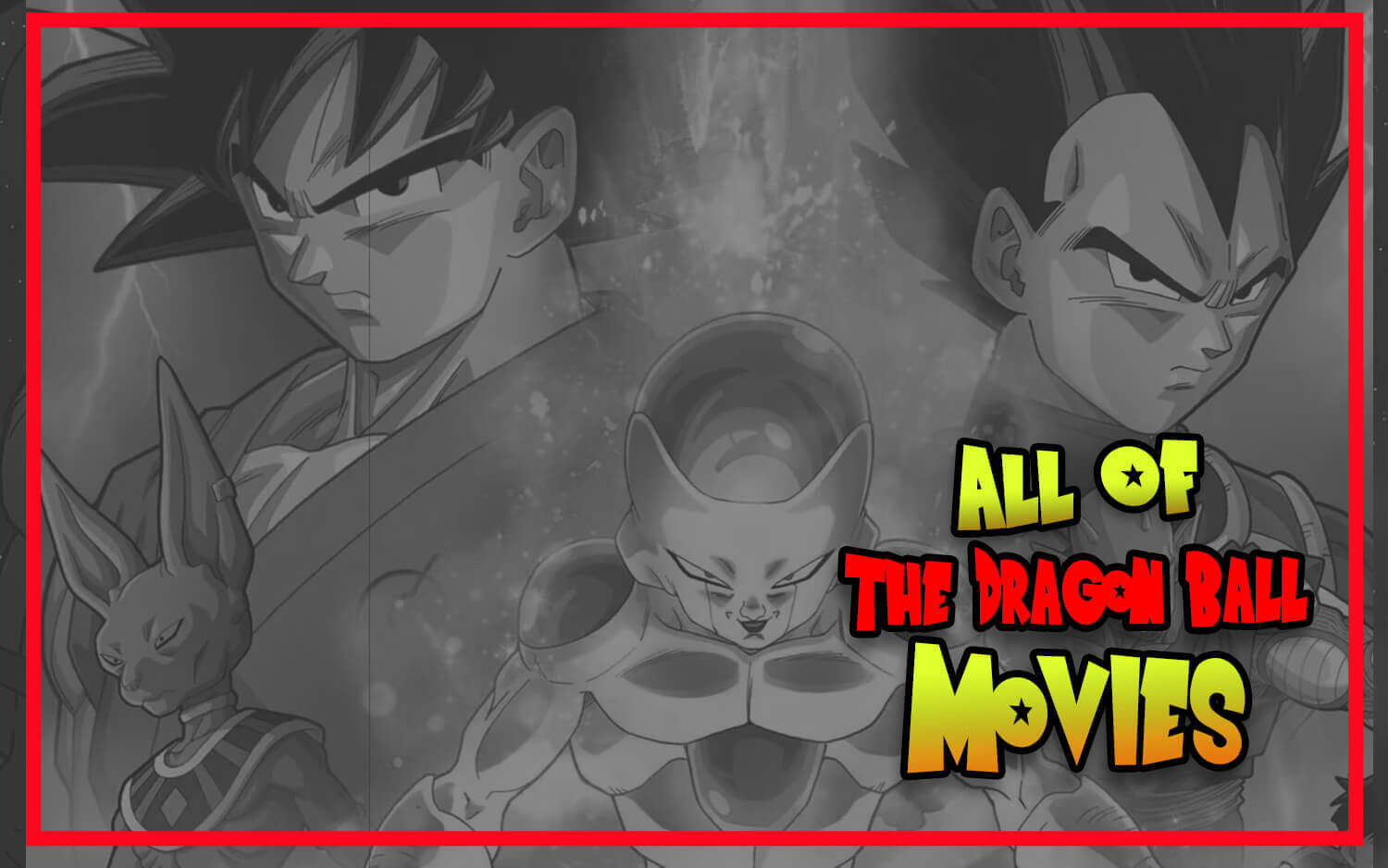 In 1984 Akira Toriyama began the Dragon Ball series, and in 1986 the movies started to take off and has since created 23 theatrical films. Toei Animation created 20 anime films out of these 23, while two movies were unofficial and one movie was an official live-action film. The Dragon Ball movies have become some of the best selling, most popular anime films now to date.

The three series of films created by Akira is widely known as Dragon Ball, Dragon Ball Z, and Dragon Ball Super, all intertwining with one another creating new storylines and new characters in each, sometimes even new transformations and forms. The fact that these films continue to push out different series is quite possibly what has kept them so popular for so long.

We’ve compiled a list of all the Dragon Ball films in order, along with a little about each so that you will be caught up in all there is to know about every Dragon Ball film to date. But first, where did the movies originate?

The History of Dragon Ball Movies

So, we know that Dragon Ball was a comic series written by Akira Toriyama in the early 80s, who first depicted his art in magazines, and then shortly after moved to the television screen. While the tv series did come first, the movies followed shortly after in 1986 which was just two years after Dragon Ball had debuted.

The movies were made to not only go into a more extended time frame on each plot and on each storyline but also so you could dive a lot deeper into the characters and their personalities. You were able to learn more in-depth about each hero’s life, and also each villain’s life, which were as equally as interesting to watch.

In fact, even though the series kicked off the Dragon Ball saga, you’ll actually find way more information about the world of Dragon Balls and the DB characters by watching the movies, so we say if you’re a true fandom kid, make sure you watch each one in chronological order as listed by year (and by series) below!

All of the Dragon Ball Movies in Order 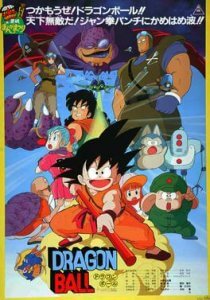 This is the very first Dragon Ball movie ever made, starting the trend of animated and alternate universes. This movie was also known as “The Legend of Shenlong” and is a continuation of manga’s introductory arc when Goku meets Bulma and Master Roshi for the very first time. This is also the very first time, and the only time, that you will meet the character King Gurumes, who never appears in any DB series, film, or show ever again.

The film of the sleeping princess in the devil’s castle actually depicts the fairy-tale of Sleeping Beauty and is essentially a retold version of the tale, but with martial arts and an actual devil named Count Lucifer. In this movie, we meet Krillin for the first time, and we also watch Goku become Master Roshi’s student all in just under one hour of viewing time. 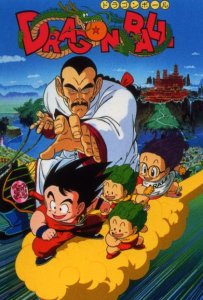 Mystical Adventure concludes the season of Dragon Ball and its movies when Goku completes his training with Master Roshi and then participates in the World’s Martial Arts Tournament, which ends up putting them in the middle of a conspiracy. This conspiracy also involves a plot against Emperor Chiaotzu and the legendary Dragon Balls. This movie also gives out new roles and motivations for characters, creating an almost brand new DB world for the fans to continue diving into. 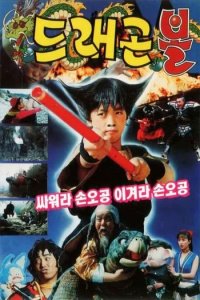 This is perhaps the most interesting, yet intriguing in many ways, movie yet of Dragon Ball the series. Why? It’s the first attempt at a live-action Dragon Ball movie featuring actual people as the characters. Pretty cool to see Goku in action as an actual child! 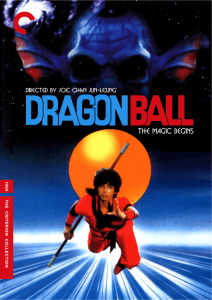 Another attempt at live-action Dragon Ball, The Magic Begins is pretty much the live version of the Curse of the Blood Rubies and is pretty funny for a Dragon Ball action movie. One of the weirdest things about this movie, however, is that they change the name of Dragon Balls to Dragon Pearls…we aren’t sure we like this move. 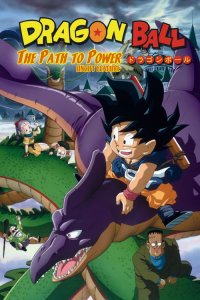 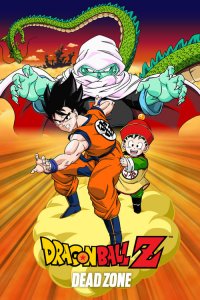 Dead Zone would be the very first film to appear under the Dragon Ball Z series of films, also doubling as it’s prequel. This movie starts out with an alien named Garlic Jr. who is seeking vengeance on his own father when he chose Kami as God of Earth, instead of the elder Garlic.

This movie ended up becoming so popular that Garlic Jr. returned in full-blown Dragon Ball Z arc, making Dead Zone the only Dragon Ball movie to be recognized by the anime.

This film begins with a pair of prisoners breaking out of their icy cage, but not just any prisoners, they are a pair of mad scientists seeking to conquer and dominate the world. However, Goku and his fighters are not having it and decide to take matters into their own hands by finding and destroying the mad scientists.

In the meantime, a disembodied brain named Dr. Urio is plotting to steal the world’s strongest man’s body, which is none other than Goku himself. Dr. Urio wants to break out of his robotic shell that he’s trapped in and the only way to do this is to fight and conquer Goku, and take over his body as his own.

While this film was criticized over the generic, see-through, and what some say is a “predictable” plot, because it was so energetic and the fights were so animated and large, “The World’s Strongest” ended up being one of the most noted DB films in history. 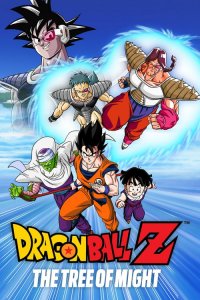 This movie is all about Turles and his space pirates, now Turle is Goku’s evil counterpart, so he’s not out to make nice and make friends. In fact, this movie is about how Turle and his buddies are landing on Earth to plant the Tree of Might, which will completely drain the planet from all of its life sources putting that energy into them instead. Of course, Goku must fight them off to save the planet.

One pretty cool fact about the Tree of Might movie is that it has the most English dubs over any other DB movie on the market! 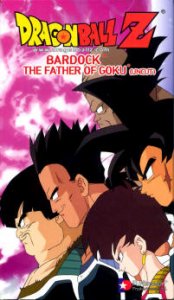 This movie reveals when the war between the Saiyans and Freiza actually began, all thanks to Bardock’s premonitions. Bardock realizes that he must protect his son if the Saiyans are ever going to be able to win against Freiza. This movie actually represents the beginning of the entire Dragon Ball saga as it said to be the prequel of the whole concept. 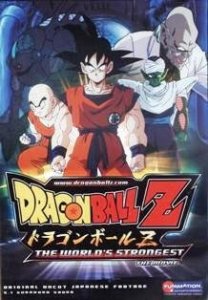 Lord Slug is a space-pirate hellbent on destroying and sucking the earth clean from its resources, but he’s challenged by Goku and is in cahoots with Goku’s evil counterpart, so he gets his own movie foreshadowing his life and what we hope to be his ending.

Cooler’s Revenge is also known as The Greatest Rivals, especially in other countries and is a follow-up to Goku’s fight with Freiza. Cooler is Freiza’s brother and comes to Earth seeking revenge against Goku when he wins the fight against Frieza in the end. Hence the name, Cooler’s Revenge. 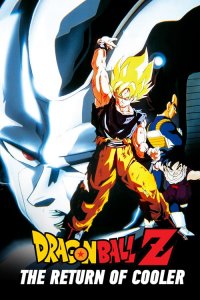 As if the first Cooler movie wasn’t enough revenge for him, he comes back for more just a year later in the Return of Cooler. Being that it is a direct sequel to Cooler’s Revenge, you can only imagine the plot and storyline behind this movie as well. 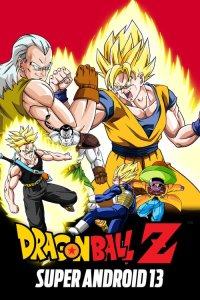 In Super Android 13!, Goku is pretty much stalked by three enemies, Android 13, 14, and 15 who are pissed about Dr. Gero’s death and also seek revenge on Goku. These villains can’t get enough of Goku it seems like. This movie is also the first depiction of Goku, Vegeta, and Future Trunks all fighting together in a battle. 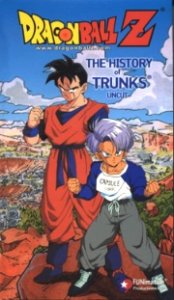 Future Trunks is most comparable to The Terminator, and in this film he has his own backstory and his life plays out in front us, allowing us to learn much more about this Android slaying buddy of Goku’s. 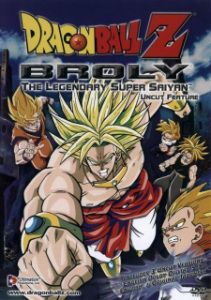 Vegeta travels to New Vegeta in this film and ends up meeting Broly there, another Super Saiyan who is ruling over New Vegeta. This classic is even considered to be the best Dragon Ball film there ever was. 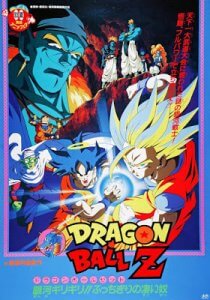 Bojack is actually an original character, drawn out and depicted by Akira in the very early stages of Dragon Ball, so this entire film caters to the story of him and how he fights off evil with Goku, and even when Goku is off taking care of his kid, Bojack is there to protect and fight as much as he can. 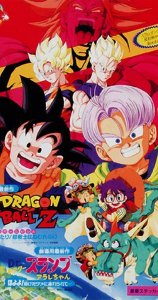 You guessed it, this is about Broly coming back for revenge and is ready to kill, steal, and destroy in the Second Coming where he is coming back to fight Goku, only to find that he is now dead and instead he must fight Gohan, which is Goku’s warrior son. 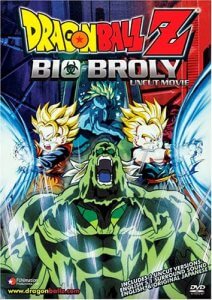 The finale to the “Broly” series, features not only Broly but also Goten, Trunks, Android 18, and Mr. Satan where they find (and have to fight) Broly’s new warriors that were created with just his DNA. This movie was actually voted the worst of all the DragonBall movies. 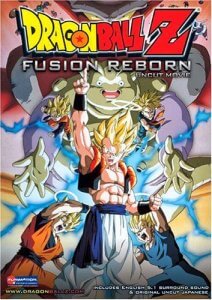 This film was all about the living and the dead fusing together into one, villains and heroes alike, this movie was said to be the most morbid and the most intense as far as fighting goes. 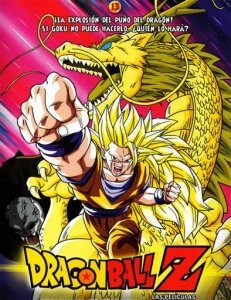 After Majin Buu is defeated, Goku learns there are new threats in town and must learn to defeat these new enemies. In this film you will see them enlist the help of the great hero Tapion. 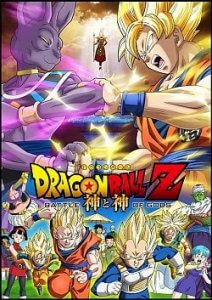 The Battle of Gods features Beerus, the Egyptian cat-human who only wants to destroy the Earth, of course getting through Goku first. The only problem is that Goku is just a human, a mortal, and Beerus is a God …the God of Destruction at that. Goku must learn a new Saiyan form just to beat him.

Frieza returns as a stronger, golden alien, ready to kill and destroy even more than before. This film features some pretty epic battles as Frieza’s main goal now is to kill every single Saiyan.

Son Goku Jr. stars in this film, A Hero’s Legacy, to come back to the planets and save his grandmother. The only problem is that little Goku isn’t exactly a fighter like his father was, so he has to learn to follow in his daddy’s footsteps. 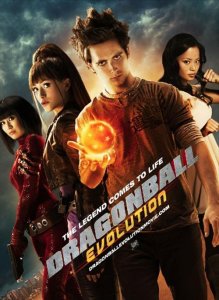 On a class all of its own, DragonBall Evolution is yet another but also the last, live depiction of Dragon Ball and might even be the worst of them all. This is Hollywood’s version, and many people believe it was too “Americanized” and didn’t match Goku’s backstory, personality, or the show really at all.

In Broly, we see that Goku and Vegeta both toughed it out during their fight with Freiza and they’re still training to continue fighting when a new threat comes along. And that new threat is Broly. None other than Frieza’s ally, seeking revenge on those who hurt his friend. This film introduces Broly in a lot more detail and gives him more of a storyline.