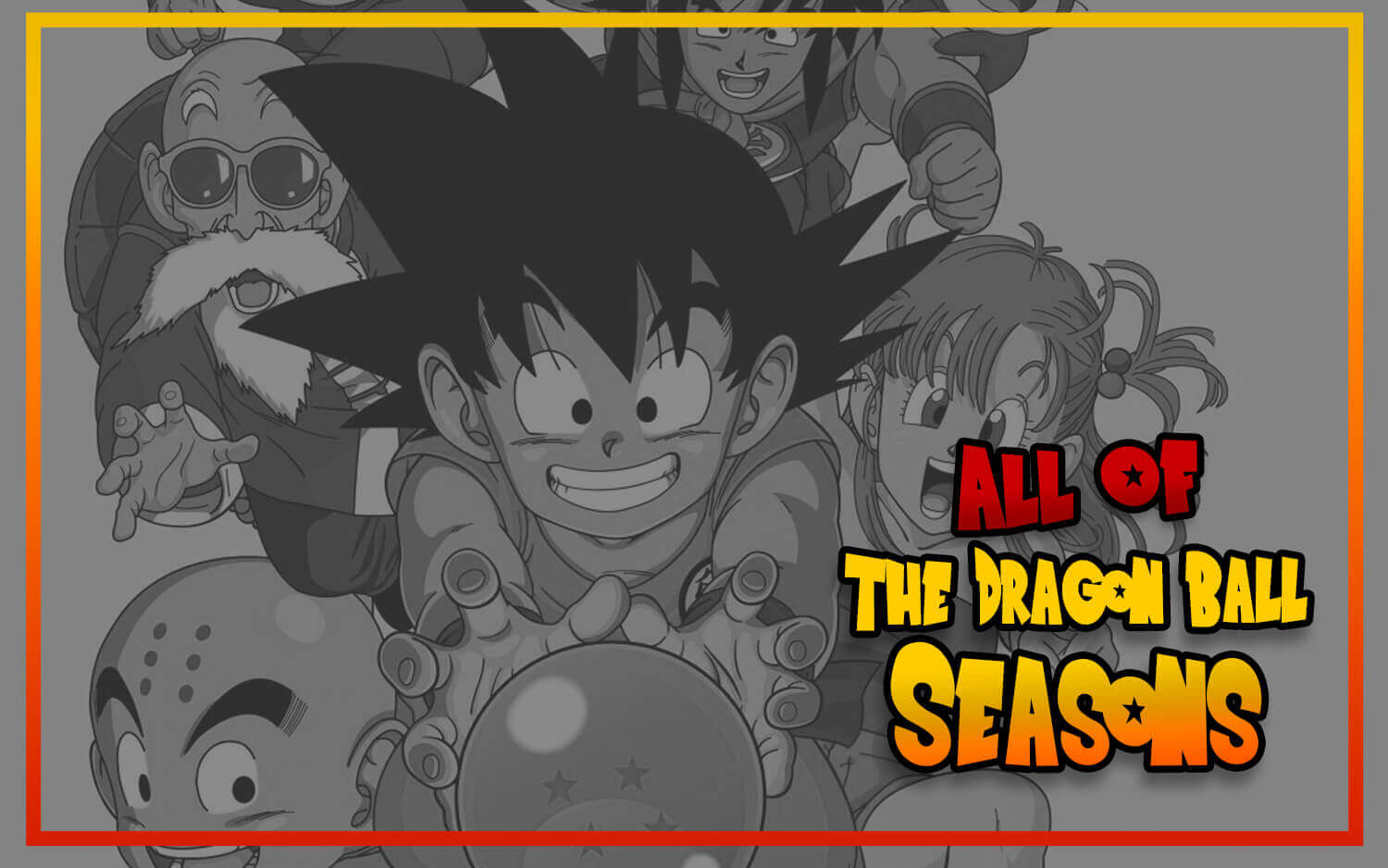 Dragon Ball is a Japanese media franchise that started in 1984 and is still going strong today in 2020. Dragon Ball, in the very beginning stages, started off as a manga series called Dragon Boy. This original story depicted a young boy named Tanton and his quest to return a princess to her homeland. Sounds a tad like the beginning of every fairy tale ever. This was soon put to rest, and a new story emerged.

The series then took a turn for the better when Akira decided to mix in what he knew and loved all of his life. The new Dragon Ball series then became all about the Chinese legendary novel, Journey to the West, depicting monkey king Sun Wukong. Due to the series’ unpopularity, Toriyama re-wrote Dragon Boy, adapting it as Dragon Ball. All of the character’s personalities were changed except for Goku.

This is when Dragon Ball began to take off and become an Anime and manga favorite. This could also be why Goku was the main character, or the main character was the one without personality change from the beginning. Either way, I think most of us can understand why Goku remained the same and is one of the best human fighters in all of the universes in DB!

The History of the Dragon Ball Seasons

At the very beginning of it all, Toriyama began the series here through comics and magazines back in the early to mid-80s, was her very first depiction of Dragon Ball where it appeared in the Weekly Shonen Jump, a very popular magazine in the 80s. Toriyama not only used the legendary novel we mentioned above, but he also mixed in some ideas from Hong Kong martial art films that he had watched over the years. Hence the super amazing and quick fighting skills they have in Dragon Ball.

The story of Goku is that he grew up isolated from the rest of his peers, but this allows him to train for martial arts pretty much daily until he meets a young girl named Bulma. She convinces him to leave with her and explore the world of the seven orbs which are the Dragon Balls. The best part about these seven orbs of the universe is that when they all gather together, they summon a wish-granting dragon!

This is where Goku’s journey into the world of Dragon Balls begins, and he begins to meet all of his amazing friends along his journey. And of course, get into all of the intense fights we all know and love. So then, did the series appear first or were the movies first? Technically they were on print and in magazines first, but most people know them from the television series. The seasons started before the movies, but the movies didn’t take long at all to follow the very first series of Dragon Ball in 1986. 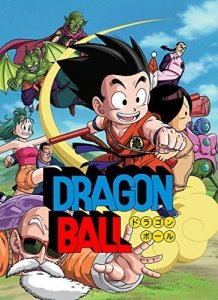 What makes this series one of the best is quite possibly the use of fillers in the series, instead of feeling “useless” or “pointless” the viewers feel that this series of fillers actually add depth to the story and give the viewers a little taste of what could be in the future for Dragon Ball. 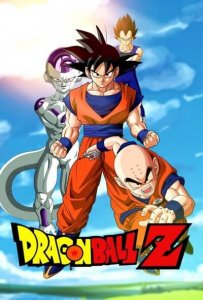 In a lot of ways, Dragon Ball Z is just a continuation of Dragon Ball, and is only meant to continue the storylines of Goku and friends, and of course, to invite new transformations and new fights into the series. As a matter of fact, Dragon Ball Z opens up with the Saiyan Arc, which is totally new fight choreography and you get to see a new side of Goku as he fights Vegeta for the very first time. Even though Dragon Ball Z only covers four different story arcs, it is still the most popular series of all things Dragon Ball due to its intense fights, extravagant transformations, and new enemies of the universes. There is no way to ever become bored with this series as there is always something new lurking around the corner.

Dragon Ball Z is also known as the longest-running and longest-standing Dragon Ball series as of today in April 2020.

It is said that once the “Buu era” ended in Dragon Ball, Akira Toriyama was ready to be done with the series but Toei Animation was not allowing that to happen and wanted to continue milking the franchise and series for as long as they possibly could. Even though the series was decreasing in popularity, Toei still decided to make one last attempt at an anime-only sequel, and thus was born Dragon Ball GT.

GT was born with all-new material and is not canon to the main series but is canon to the original anime, so it basically went from Dragon Ball to Dragon Ball Z, and then was finishing up with this new series of GT. In fact, the last episode of DBZ ended up being a part of the first episode for GT.

Unfortunately, Dragon Ball GT is probably known as the worst series and season of DB yet and is widely unpopular even within the Dragon Ball community and fandom. Viewers and the community complained about the series being bland with repetitive fight scenes or moves, uninspiring content, and super derivative. This is why the series didn’t last very long and most people have never even heard of it – until now. 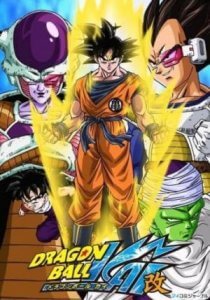 Dragon Ball Kai literally kicks off on the 20th anniversary of DBZ as Toei’s attempt at being more “one” with the original design of Dragon Ball imagined by Akira from the beginning. They edited lots of their episodes and scenes in this series, as well as added a lot more talent to the team to help with design and editing alike.

Kai also seems like an introduction to Dragon Ball Z of sorts, making DBZ a little easier to understand. It’s almost as if you need to watch this series to completely get the plots and storylines of DBZ, especially if you are part of the fandom.

There are some ups and downs with this series mainly because of the introduction to DBZ and the first three-story arcs ever on Dragon Ball Z. However, I don’t think people were too happy with the origin of some of the arcs on the series, as well as the design/style or way it was used, so the good and bad here made it a likeable but disappointing series. 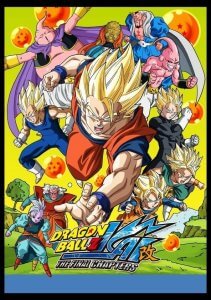 A lot of viewers feel disappointed in the series of Dragon Ball Kai: The Final Chapters, especially once they’ve watched Dragon Ball Kai. One reason could be that a very talented artist on the previous Kai series was fired on this season, so it was a totally different person working behind the scenes, which could change production in all kinds of ways.

Those that loved the series say that this season was a great continuation of the original Kai, even getting right into the action and cutting out a lot of the original fillers but the remastering of it was not so great. With mixed opinions on this series of the final Kai, we still recommend judging for yourself by watching it if you haven’t. 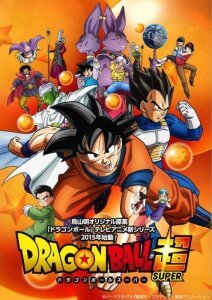 The DB Super series is probably one of the most interesting seasons of all-time for Dragon Ball as a whole, because of all the build-up and tension within the series. The Super series also became the story of a comeback kid, with the season starting off pretty pathetic to put it nicely, but in the end, it came back loud and proud and ended abruptly.

Dragon Ball Super ended more than abruptly, it ended with a literal bang with the “Tournament of Power”. This bomb of an ending had fandom boys and girls all over the world on the edge of their seats, ready for more before it even ended. So we are all left wondering where this left us, nobody could fathom what would even be thought of next for the manga series of explosions. 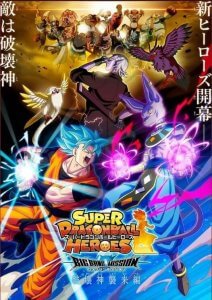