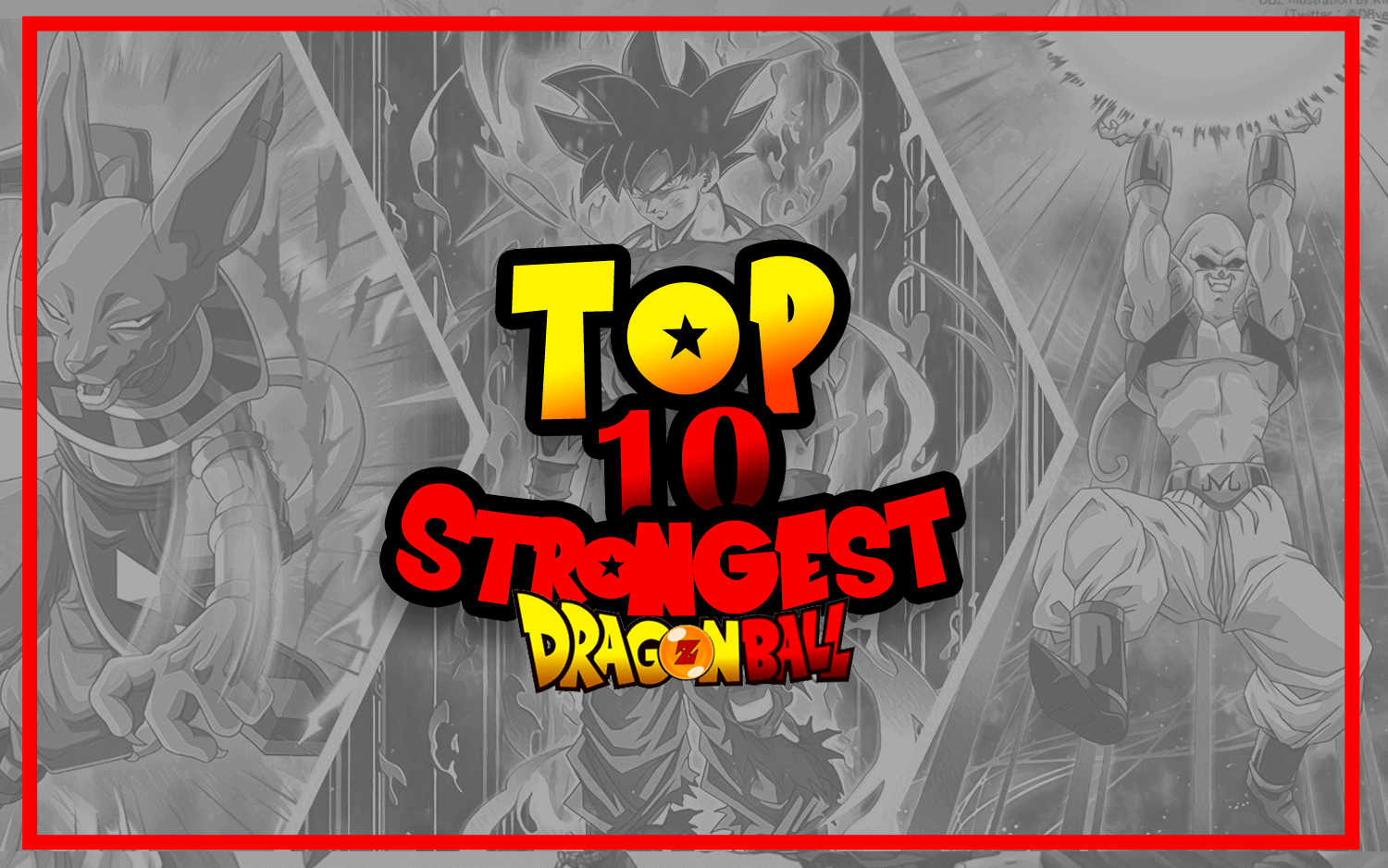 As you may know, Dragon Ball Z is a sequel to the very first Dragon Ball series, based mainly on the story of Goku and friends defending and protecting the Earth from enemies. Since Dragon Ball Z is known for its intense fights, it’s only fair that we go through and tell you all about the top 10 strongest characters on the show itself.

It’s important to note that not all characters are created equally in strength, and even during transformations and new forms, some can take on stronger forms than others.

So who exactly are the top strongest characters on the show? Read on to see our top 10 that you wouldn’t want to mess with if you had to fight on Dragon Ball Z! 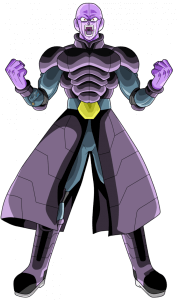 Hit is a fighter that comes from Universe 6 and is pretty much known as the assassin of that particular universe. He is only fairly strong when it comes to physical power and strength, but his main ability that he possesses is his ability to skip through time, thus using the time jump to his advantage.

This will allow him to do so many different things, one of them is being able to trap his enemies in a time warp that he alone has full control over, making him pretty much untouchable while he stores his body in these time dimensions. These deadly skills allow Hit to be the strongest fighter in Universe 6, a powerhouse that you wouldn’t want to go up against.

Hit is a powerful fighter and packs a fierce punch so he’s able to hold his own in any fight. He’ll go head to head with Goku or Vegeta when they are in their Super Saiyan Blue forms, which is insane because most fighters can’t handle this form of Goku or Vegeta. However, although he packs a huge punch and can fight some of the best fighters in their best forms, if he didn’t have his time capability he wouldn’t even rank on the list. 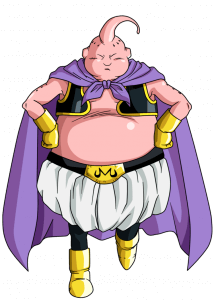 Buu is kind of a hard character to place when it comes to this list because of the many different forms he takes on throughout the series. His final form in the Dragon Ball Z series is also known as “Kid Buu”, but it’s not necessarily his strongest form. Kid Buu, however, was pretty damn unpredictable and has the most malicious intentions out of all of his forms, which is full of powerful anger and rage. That being said, Buu’s strongest form was his Super form during his fight with Vegito, right after he absorbed Gohan.

It ended up taking the power of a Fusion to take on the personality and character of “Super Buu”; him absorbing his innocent half made a stronger version of himself that no one saw coming, especially the DBZ fighters who had to go up against him. He ended up absorbing and stealing the powers of Gotenks, Piccolo, and Gohan, making him an almost unstoppable force. 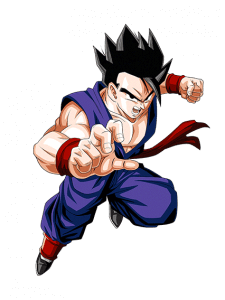 Goku’s brother, Gohan, is always growing in wisdom and in power as the show progresses. He was taught by the one and only Piccolo, Gohan becomes capable of overcoming some of the toughest of tough Dragon Ball Z villains, including Cell when he first unlocks Super Saiyan 2. He ends up losing some of his power during the Buu saga, turning into what a lot of fans now call Tracksuit Gohan. With that being said, this ended up leading the Tournament of Power and during the Tournament of Power is when Gohan truly enters his best form and most powerful transformations.

He may have been able to fight off Super Buu, even not in his peak form, at least in terms of strength and power, however, he still isn’t one of the absolute best. He did regain a lot of his powers during the Tournament of Power, which has held him in the top 10 fighters on all of Dragon Ball Z. While he may not be one of the top few, he’s still a force not to be messed with.

Frieza was technically first introduced in the anime Dragon Ball Z TV series, when he was the prime enemy of Frieza Saga. He was first introduced in Dragon Ball Z TV anime series as the conqueror of the worlds until he was defeated by Goku, and then of course later slashed and thrashed by Future Trunk. Still, this villain is a bad-ass that should be praised for his skills and he makes his debut again in the “Dragon Ball Z Resurrection F” where he will be even more evil than ever before.

Once he was defeated by Future Trunk, he was resurrected by the power of the Dragon Balls all because of his lackeys’ effort. Son Goku is his mortal enemy and he’s achieved such a strong power so now Frieza knows that he must obtain more power as well if he wants to defeat Goku. So, for the first time ever, he has agreed to train so that he could eventually win against Goku and put this battle to rest.

Once Frieza takes on the form of “Golden Frieza”, be very very afraid. This is a form that matches up to Goku’s Super Saiyan Blue form.

Toppo is a member of the Pride Troopers from Universe 11, which is a group of warrior heroes that strive to fight villains and they seek justice for the innocent and righteous. He is the second strongest member of the Pride Troopers, having two forms: his regular form and then a form that he will reveal more towards the end of the Tournament of Power which is known as his destroyer form.

In his destroyer form, Toppo proved to be a formidable opponent and someone that shouldn’t be ignored, that even Vegeta struggled to fight and deal with. Toppo already had the strength of Super Saiyan Blue, but coupled with his Destroyer form and his destructive power that comes with it, he was much stronger. Golden Frieza wouldn’t have even been able to compete with this form if that tells you anything about how evil Toppo can truly be. 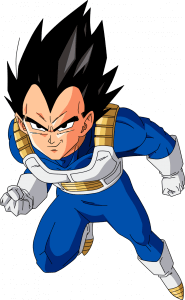 Vegeta was first introduced as that evil Saiyan Prince that was ready to destroy and dominate over Earth. He was an extremely cocky and arrogant fighter, super proud of his strength and abilities, until Goku defeated him one day making him an arch-enemy of Goku later down the road. Vegeta has trained constantly to try and defeat Goku, so much so that he has achieved the Super Saiyan and Super Saiyan 2 levels, but he is unable to obtain the ability of the Super Saiyan 3 level and thus can still not take care of Goku in the way he would like.

Even with all of that being said, Vegeta was still able to attain the Super Saiyan Blue form and fought on par with Golden Frieza. He even surpassed Golden Frieza, which forced Frieza to have no other choice but to destroy the entire Earth just to defeat him. Nevertheless, Vegeta was such a powerful warrior alongside Goku, and thanks to Vegeta and Goku’s fusion forms they defeated many dangerous threats together.

Classic story of how sometimes two enemies who despise each other because of their strengths could come together and create a much more powerful force than they could alone. 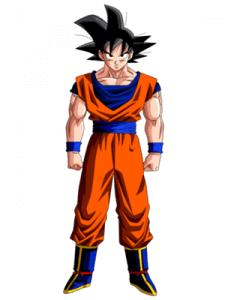 Goku is our main character and protagonist throughout the entire Dragon Ball Z series and by far he’s the strongest mortal hero in Dragon Ball Z (excluding fusion forms like Vegito or Gogeta). He’s probably also one of the most iconic characters being that the plot and story line is based around him. He is also the first living Saiyan to obtain multiple levels of Super Saiyan, especially the Super Saiyan Blue in Dragon Ball Z Battle of Gods. No other Saiyan has been able to achieve what Goku has achieved.

Son Goku is the typical heroic figure who doesn’t have a selfish desire for power, control, or money. His primary goal is to learn martial arts, and ultimately, defend the Earth when the time comes. This means that Goku doesn’t boast or brag about his abilities which we think makes him kinda sexy – for a cartoon and all. 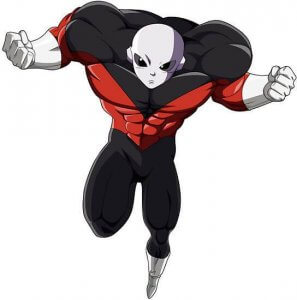 Jiren proves to be too strong for Goku in the Tournament of Power which is why he ranks above him. Jiren is a Pride Trooper from Universe 11, just like Toppo, but is the stronger one of the two. He trained non-stop to make sure he never had to face tragedy as he did in the past. The gods even feared that he may be the prophesied warrior that would surpass them in strength.

Jiren’s physical punches and psychic attacks are nearly unstoppable. His strength pushed Goku into achieving his new form, and even then that was not enough to stop Jiren. Jiren is by far the strongest mortal to exist in Dragon Ball, leaving only the Gods to rank higher than him. No other mortal is able to win against Jiren.

Beerus is the well-known Egyptian cat humanoid being who dresses like, well, a cat-human from Egypt. He might be small but don’t let that fool you, he’s the God of Destruction in Universe 7 and he seeks to destroy absolutely every single planet (and God or mortal) that poses dangers to the balance of the universe.

As a God of Destruction, Beerus possesses powerful strength and power (as he can easily destroy a planet) and it seems like he can easily take down every Dragon Ball Z character except for Whis, which is oddly enough, his trainer. In Dragon Ball Z Battle of Gods, Beerus woke up after his long beauty sleep and sought a new warrior who defeated Frieza. Eventually, Beerus found Goku and tested him in a fight. At the time, Goku tried so hard to spar with Beerus in Super Saiyan Level 3, but still, he failed drastically.

Along with this, Beerus was trained by the one and only Whis, which makes his true power to be higher than Jiren’s even if he has yet to master it. Being trained by Whis could have been Beerus’ best move yet, as the character of Whis is known as the strongest DBZ character of all time. 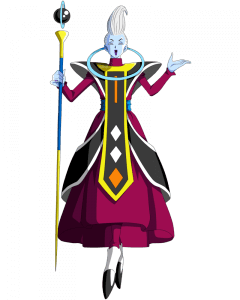 As mentioned above, there isn’t much that we know about Whis besides the fact he taught and trained Beerus. Whis was designed as Beerus’ Angel attendant and ends off our list as the strongest, toughest and most bad-ass character on Dragon Ball Z. Although Whis does not constantly fight and is not very active in the series, he doesn’t have to be, what is known and is there has already been proven as he is Beerus’ teacher and mentor, which means that not only is he a better fighter, but he is also stronger than the God of Destruction.

Whis was able to teach Beerus a lot of different skills and abilities, and the most important aspect was how to control and handle the power of his Destruction, meaning that even Whis had to be strong enough to handle Beerus and his attacks. Not only that, but Whis has impeccable speed, and has the ability to bring the dead back to life.

Whis is a God that has the ability to create whatever he wants and needs in that time, which makes him the deadliest and scariest DBZ character on our list.